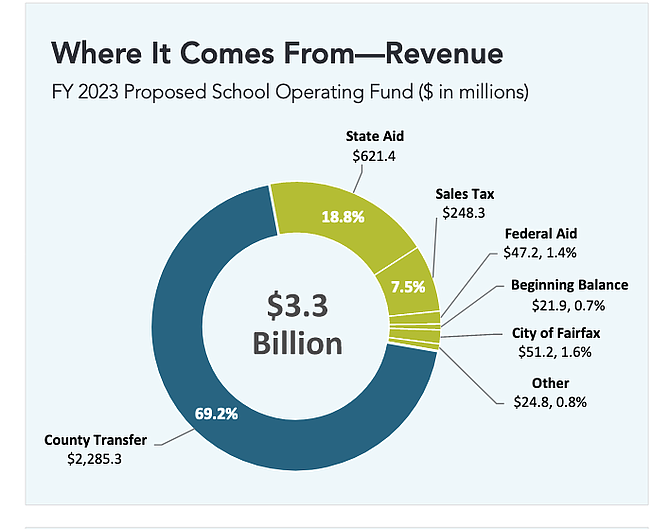 Fairfax County Schools Superintendent Dr. Scott Brabrand released his Fiscal Year (FY) 2022-23 Proposed Budget on Thursday, Jan. 13, at the Fairfax County School Board Meeting. In total, 86 percent of the $3.3 billion proposed operating budget for FY23 is allocated to instruction, according to the presentation. 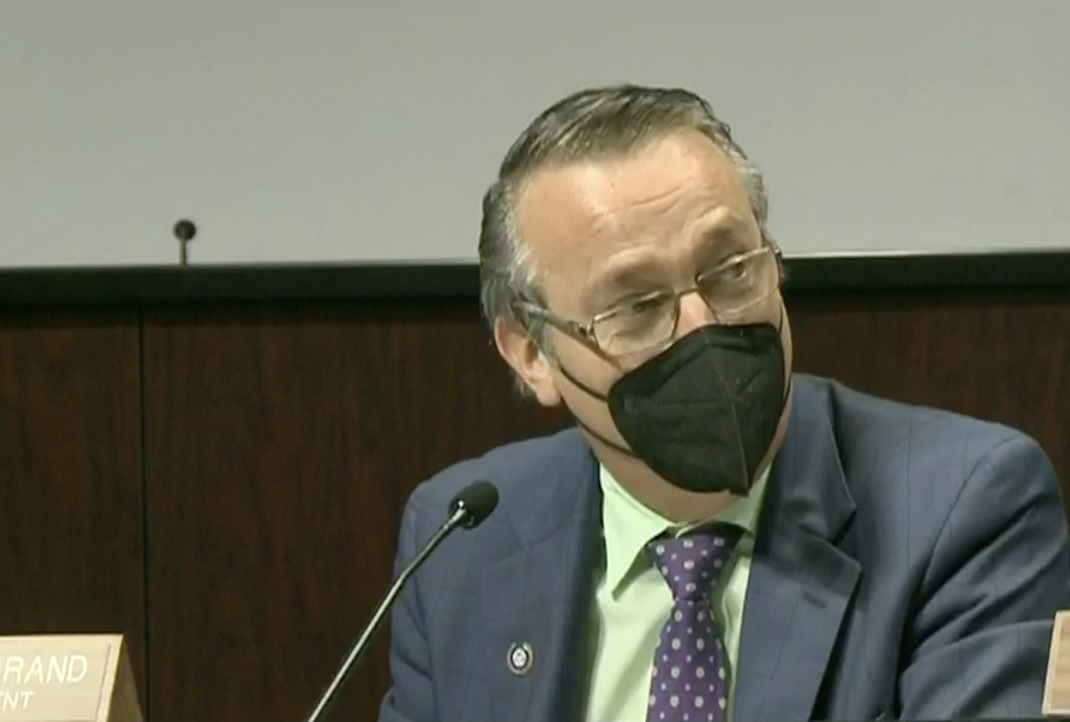 “Tonight, I am delivering you a good news budget that will lead Fairfax County Public Schools out of this pandemic,” Brabrand said.

Brabrand described a budget that provides what its students need to learn, grow and flourish. He said FCPS will continue to pursue strong compensation for all of its 24,000 FCPS employees. The budget includes a 4 percent market scale adjustment for all employees and a step increase for eligible employees.

FCPS is one of the largest school divisions in the nation with a workforce of 24,392 full-time employees. With a projected enrollment of 177,570 students, FCPS serves students from 204 countries who speak more than 200 different languages at home. A total of 56,112 students are economically disadvantaged. FCPS also serves 26,828 special education students and 33,806 English learners.

Expenditures as itemized in the FY 2023 Proposed Operating Budget, compensation adjustments in the FY 2023 budget represent a net increase of over $150 million. Over $55 million is to provide an average step increase of 2.68 percent for eligible employees; $8 million for health benefits; $4.4 million for recurring substitute pay; and $3.3 million for bus driver salaries. All FCPS transportation employees will receive a 2.3 percent increase at the beginning of the year. 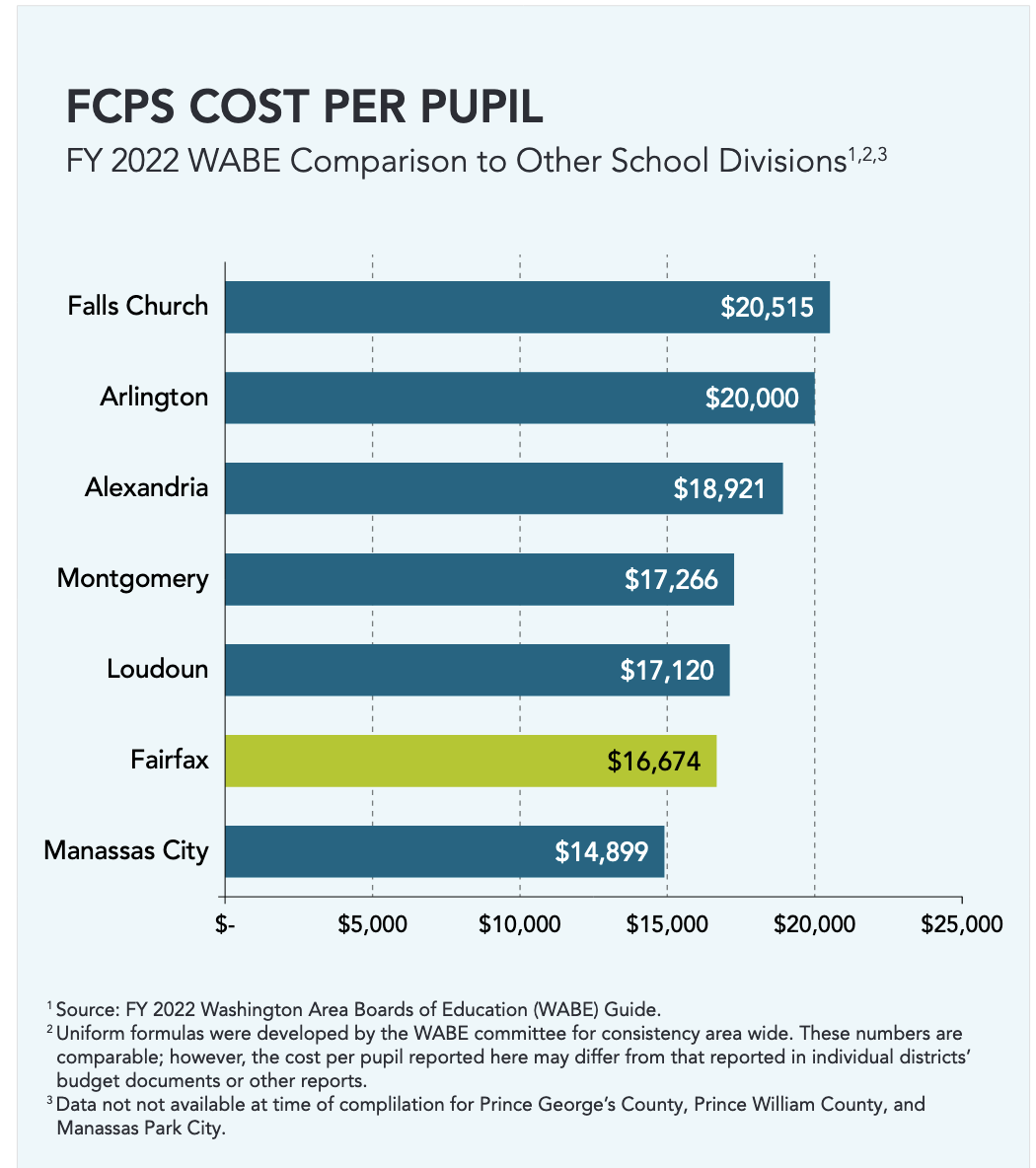 Opportunity and Access, the second main area of the budget, represented an increase of over $68 million and 233 positions. Brabrand included funding in this budget of $32 million to provide three additional professional development days.

There was also $10 million for anticipated requirements from the Virginia General Assembly, given over 1,100 bills have been introduced. The county must monitor the unfunded mandates to be as prudent and fiscally responsible as possible. 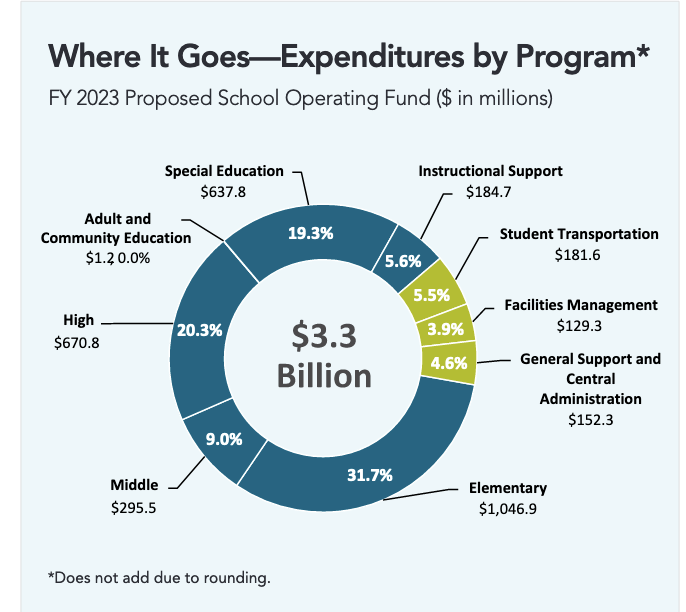 Critical Operational Needs is the third area which totaled $13.6 million and 87 positions. Highlights include $8 million for assistant principals and $900,000 to extend high school assistant principal positions to 12 months. There is $700,000 for 13 half middle school flexible office positions. They also have $1.4 million to enhance the HR staffing support to respond to increased demands by the pandemic, $0.9 million and five positions to provide cybersecurity upgrades, and $300,000 for two additional planning positions to help with data analysis.

FCPS will continue to collaborate with the Board of Supervisors and County Executive during the county budget process.

A public hearing on the budget will be held on Jan. 24, and work sessions will be held in January and February by the Fairfax County School Board. On Feb. 24, the Board will vote on the FY23 Advertised Budget.