Trustee Rosenthal apologies for ‘wrong words’ and retains board seat. 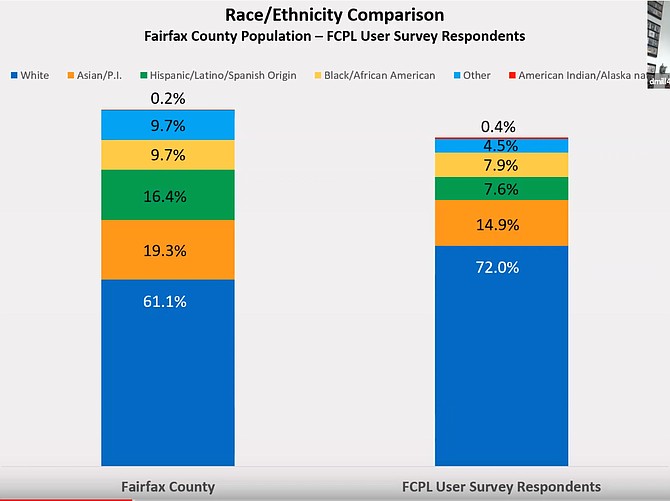 Fran Millhouser, Chair of Fairfax County Library Board, said she received "many emails voicing public concern" for statements made by Trustees Phil Rosenthal (Springfield District) and Darren Ewing (Dranesville District) during the previous board meeting in late July. In response, Millhouser set up the Wednesday, Sept. 9 Board of Trustees meeting via Zoom and allowed ample time for the ten allowed three-minute public comments by Fairfax County residents, a presentation and discussion on demographics and the library's curated collection, followed by other matters and Trustee comments. One of the last things Millhouser said as the Sept. 9 meeting prepared to adjourn and after Rosenthal commented and apologized for his use of inappropriate words at the July meeting was, "Thank you, Phil, and I want you to stay."

In the weeks before the September meeting, thirty-one organizations, members of The Activated People, condemned Rosenthal's statements. In a letter to the Fairfax County Board of Supervisors and Library Board of Trustees, they called the comments "racist, homophobic, anti-Semitic, and anti-Islamic" and said he criticized the County's attempts to promote inclusion in its library catalog. Jeffrey McKay, Chair of the Fairfax County Board of Supervisors, said he hoped Rosenthal would resign. Rosenthal did not step down. He apologized for the disruption and offending anyone. On Aug. 25, Ewing tendered his resignation.

"White people have been the dominant voice, since before our country started. It's time to give others the opportunity to be heard."

Before the public provided their comments during the Sept. 9 meeting, Millhouser said, "Everyone who uses the library is treated as an individual. They choose what they want to read...We may recommend, but we do not promote or advocate." Whitney Holchberg, 11, spoke first. She said, "White people have been the dominant voice, since before our country started. It's time to give others the opportunity to be heard." Matt Higgins found it ironic, "and frankly embarrassing" that Trustee Rosenthal had been unable to educate himself on systematic racism. “We have an obligation to educate ourselves...Phil, if you don't understand what systematic racism is, I would encourage you to take advantage of the scary collection that you were denouncing."

"I greatly respect the likes of Mr. Rosenthal and Mr. Ewing for speaking up and presenting, to generate some dialogue," said Justin Hall. "What I fear is the calls for resignation whenever there's a voice that we disagree with and that's not right." Lauren Kelly sent a message to Trustee Phil Rosenthal using the County contact form available as public record. "As a constituent in the Springfield district whose local library is Pohick, your claims about BLM, books with Muslim authors, and social justice books were not only tone deaf, but flat out incorrect...You should resign."

During Cohen's presentation, she said County demographics did not match the catalog's content proportionally. The composition of the collection was extraordinarily white and cisgender. Cohen added, "The terminology that we use in applying cataloging metadata has some of its own natural limits as the search terminology that we use in its retrieval. For example, most people looking for books would use a search term of World War II. The National Standard heading, however, is World War, 1939 to 1945.

Cohen said the Library created lists because books by an author's cultural background, such as Black or by identity, LGBTQ+, were near impossible to find without curated librarian help. "Even for librarians, it becomes really challenging to recall all the specific titles and authors...We keep lists... We adapted these lists after the web came around... We created virtual pathfinder carousels, social media posts... Lists help to show customers that the library has titles in the collection that are being talked about.. and lists are also a way to offer alternatives...They assist them to find books of interest for their entertainment, for their education, or in the words of Dr. (Regina Sims) Bishop for finding their mirrors, their windows, their sliding glass doors."

During Board discussion about the catalogs, Trustee Priscille Dando (Fairfax County Public Schools) requested a look into a diversity audit process, including those beyond culture such as disabilities for the existing collection and new purchases. "To know what actually is there, and compare that to what is actually available," she said.

Trustee Rosenthal said, "This COVID could be an opportunity for working through the schools. Get those underrepresented populations...into the library through music and computers, to read books and different things."

In the statement, Annan wrote: "The NOVA Equity Agenda Coalition urged the Fairfax County Board of Supervisors to adopt the following recommendations and apply them to all current and future County boards, authorities, and commissions (BACs):

Fran Millhouser, Chair (Mason District) Fairfax County Library Board: "Thank you, Phil, and I want you to stay." 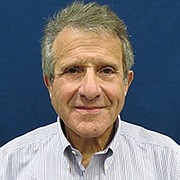 Phillip Rosenthal, Trustee (Springfield District) Fairfax County Library Board: “I used very inappropriate words, and I apologize to you because it was not my intention. My intention, simply was that when maybe we feature books by Muslim people, we may be voting down in reference to another religion...So please let's try to have a balance...I used the wrong words."

Fran Millhouser, Chair (Mason District) Fairfax County Library Board: "Thank you, Phil, and I want you to stay."

Jane Miscavage, Vice Chair (At-Large) Fairfax County Library Board: "We have the finest professionals in the country … But here we are. Two trustees during our last meeting, called out our staff publicly because they didn't like the way a catalog page was arranged... Trustee Rosenthal's comments not only damaged his own credibility, but it put the credibility of this board in question on all sides."

Brian Engler, Trustee (Braddock District) Fairfax County Library Board: "I also want to thank... everybody who spoke, everybody who has written to me on both sides of the issue. I've tried to respond to many of them. I haven't responded to all of them, quite a few."

Miriam Smolen, Trustee (Providence District) Fairfax County Library Board: "The language that we use is so, so, so important, now, more than ever. That’s why I think it is appropriate to call out the language that was used in July."

Liz Walker, Trustee (Sully District) Fairfax County Library Board: "I personally do not reflect those kinds of views that have been expressed in the July meeting."

Phillip Rosenthal, Trustee (Springfield District) Fairfax County Library Board: “I used very inappropriate words, and I apologize to you because it was not my intention. My intention, simply was that when maybe we feature books by Muslim people, we may be voting down in reference to another religion...So please let's try to have a balance...I used the wrong words."

Suzanne S. Levy, Trustee (City of Fairfax) Fairfax County Library Board: “I wanted to say first, thank you to Darren Ewing, for his years of service on the board. He knew the county budget process more than any of us...and we're going to miss him because he contributed so much."

Gary G. Russell, Trustee (Mount Vernon District) Fairfax County Library Board: “The list, it doesn't matter to me. If it's the right list or the wrong list. But if there are people who perceive it that way, then we need to address it. If we don't get this dialog working there's going to be another 57 years before Reverend King's dreams are fulfilled."