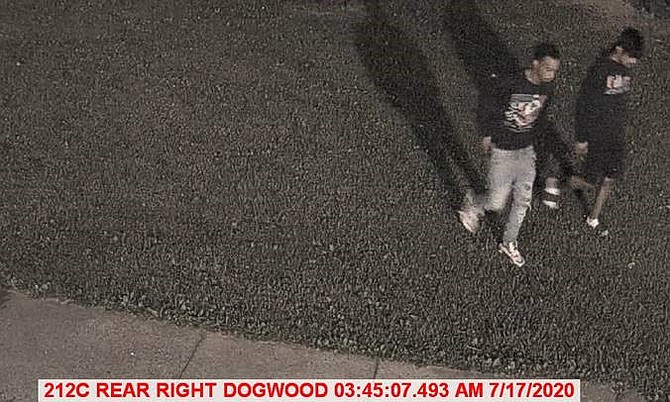 Detectives have released the images that depict persons of interest. Photo courtesy of FCPD

Detectives from Major Crimes Bureau are asking for the public’s help as they continue to investigate after two men were found with stab wounds July 17 around 3:41 a.m. in the 12200 block of Laurel Glade Court. Both men were taken to a hospital. One of the men sustained injuries that were initially considered life-threatening; his condition was later upgraded. The second man’s injuries were not life threatening.

Detectives have released the images that depict persons of interest. No arrests have been made but detectives are continuing to process evidence and interview witnesses.