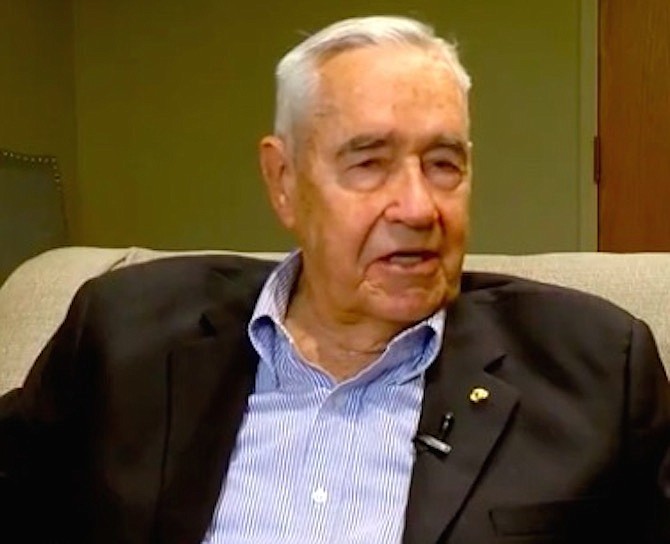 Susan Garvey is the Executive Director of the Shepherd's Center of Oakton-Vienna. In an interview on Veterans Day 2019, Garvey said the nonprofit organization, founded in 1998, planned to expand its new pilot program, "Veterans Visitor Initiative, Veterans Helping Veterans" to Reston and Herndon. With a population of approximately 82,000 veterans in Northern Virginia, the Shepherd's Center designed an initiative to reduce isolation and loneliness amongst veterans, an often overlooked segment of the population. The Shepherd's Center modeled the new program after the organization's existing Friendly Visitors/Friendly Callers services. The keystone of the plans would be friendship based on similarities between veteran clients and veteran volunteers.

According to Garvey, the program would afford comfort not only to veterans in the Shepherd's Center's geographical service area but also to family members of the veterans who lived a distance away and worried about their loved ones.

THE INITIATIVE evolved when Board Secretary Tom Portman was made aware of the number of veterans who die of suicide in part because they are lonely, according to Steve Haracznak, SCOV Board Member in the organization's newly released YouTube video, "Veterans Helping Veterans." In it, Haracznak said the organization decided to focus efforts on veterans because "they've given their lives to the country, and the least we can do is give back and help them."

While Shepherd's Center is known for its no-cost driving services, other services and its education programs for adults 50 years and older, the organization's long-standing Friendly Callers/Friendly Visitors services provided good models to tweak with emphasis on veteran to veteran involvement. Garvey described how initially Shepherd's Center reached out to area veteran organizations for feedback, as well as faith-based groups, Rotary Club of Vienna, American Legion Post(s), and more with the ultimate goal to establish “veterans clubs.” From there, if the veterans were so inclined, they would be matched with SCOV veteran clients.

Garvey said that Shepherd's Center wove precautions into the program – they vetted volunteers through background checks. Also, to create the best chances for veteran pairs to develop ongoing friendships, the center added a survey of commonalities, to find similarities.

According to Garvey, Shepherd Center is working with The Goodwin House under the leadership of Colonel William K. Rockey, United States Marines (Retired), for veterans to join the center's current Friendly Callers/Friendly Visitors program. "I'm certain that some of our veterans would volunteer to do that. Many of us would like to volunteer to meet and perhaps help others. If one would become part of this activity, I'm sure that they would find great satisfaction in what they're doing," said Rockey. If pairs of veterans were so inclined, they could become a “Veteran Volunteer Team” and reach out to the younger generation of Wounded Warriors to provide the same kind of Friendly Callers /Friendly Visitors services, according to Portman.

"We have a rich pool (and) hope to get this program up and going and share the pilot program with all Shepherd Centers across the U.S.A," Garvey said.

ACCORDING TO the organization's website, its vision is: "A World Without Loneliness;" its mission: "Dedicated to improving quality of life as we age, through supportive programs and services, personal enrichment and volunteer engagement. The organization offers services free of charge, with no income requirements to adults 50+ who reside in its geographic service areas Oakton, Vienna, Reston, Herndon, Dunn Loring, Merrifield parts of Fairfax: (22030/22031 residences north of route 50), Fairfax (22033 residences north of Route 50 and east of Fairfax County Parkway/Route 286) by SCOV's team of friendly, trained and vetted volunteers who provide transportation-to medical appointments and for errands; Friendly Callers, Friendly Visitors, Veteran Callers, Veteran Visitors, Minor Home Repair, Decluttering Advice and Health Advocacy. For more information, visit scov.org, or phone 703-281-0538. Offices are located on the 2nd floor of the Vienna Baptist Church, Rooms 203, 205 and 209, 541 Marshall Rd SW, Vienna.