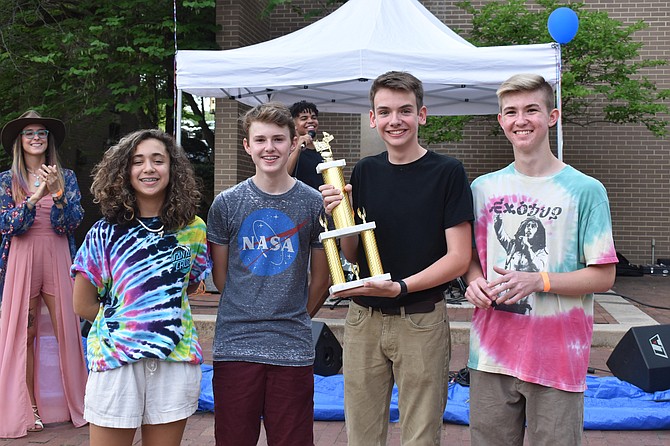 The first Reston Live was held at Lake Anne Plaza on Sunday afternoon. This inaugural music festival featured a Children’s Area, a talent competition, a raffle, vendor booths, and special guest performances by Reston band, Catchin’ Toads, and Reston’s own singer/songwriter, Lindsey Hershfeld. The event was hosted by “ShowJoe” Joseph Dagbe, Founder of Yuniverse Foundation, a CORE Cause.

The event was designed to highlight Reston’s many talented artists and entertainers while raising money and awareness for CORE Foundation. “We wanted to expand our reach and create a family-friendly event that would highlight one of the great things about Reston, our live music scene and families and let everyone know about the good work CORE Foundation is doing in the community,” said Traci Waller, Director of Reston Live. The winner of the talent competition was a local teen band, Fourth Electric, who received a trophy and a roaring round of applause from the crowd.